Yale to Offer Degree in Translation Studies From 2022 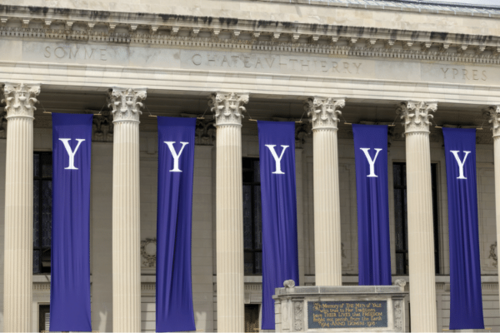 The program will be open to all students, regardless of major. Traditionally known for Yale Law, latest data show the school’s most popular majors to include Social Sciences, Biomedical Sciences, History, Engineering, and Math.

Translation must be viewed “not just as a literary issue but in the much larger context of interpretation, machine translation [e.g., bias, gender bias], social justice, health,” the Daily News quoted Professor Alice Kaplan as saying.

As such, students working toward a degree in Translation Studies will be allowed to perform 40 hours of community service in translation as a capstone project. Of course, candidates may instead opt to produce a scholarly article or an original translation of a text.

Yale’s vibrant linguistic community has also resulted in the founding of such organizations as the Yale Interpretation Network. The group provides free interpretation and translation services to members of the community with limited English proficiency (LEP). The same article cited Assistant Professor Marijeta Bozovic as speaking before the group and noting how “unanimous” University support for the Translation Studies program has been.

“Much of the excitement around the project has to do with the fact that this certificate is genuinely interdisciplinary […] rather than one emerging mostly from one department,” said Bozovic, who is on the steering committee of the Yale Translation Initiative.

Bozovic will teach the first class of the Translation Studies program in spring 2022. The class will be open to graduate students and undergrads interested in the program.